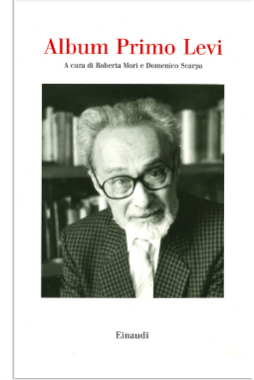 Thirty years after Primo Levi’s passing, this book aims to offer the public an original portrait in texts and images of one of the most complex figures in the literature and culture of the twentieth century.

The Album Primo Levi is neither a biography nor an essay. Rather, it is more like a documentary film written on paper. This is because the iconographic material is foregrounded. This material is represented by over 400 images, mostly never before published, and by a graphic novel inspired by the short story, “Carbon,” by the artist Yosuke Taki. The  book’s texts  are there specifically because of their relationship with the visual dimension. Primary among these texts are those of Levi. Hundreds of quotations taken from his famous, rare and entirely overlooked writings immediately start communicating with the illustrations in a steady and ever coherent alternation of literature and everyday happenings, of verse poetry and historical testimony, and of fantastic invention and appearances before the public. The two editors bind into a documented narrative plot each of the broad thematic frames that the Album is divided into. The four parts are dedicated to the craft of the chemist,  Levi’s relationship with the mountains, the experience of the concentration camp, the worlds of writing and translation as well as the variations on creative “making” – artistic and professional. The Album is completed by two appendixes. The first appendix is topographical, presenting the places that were crucial in Primo Levi’s life in Turin and Piedmont-Aosta Valley. The second appendix is a chronicle-like summary in images.

“Primo Levi’s works are like a constellation, rich in light and depth. This Album sketches out how its stars thicken and explores the spaces in between marking its depths.  On every page, the images, very many of which had never been published before,  open up to worlds that are always different. The images dialogue with excerpts from Levi’s writings – many very well-known and many completely unknown – which are always concisely realistic, thus populating this book with things, characters, questions, and thoughts. A thin narrative line accompanies readers, helping them get their bearings among the events and things. Two names stand out midstream in this book  – “Auschwitz” and “Carbon.” Auschwitz stands at the center of the experience of extreme evil that humanity went through in the twentieth century and of the reflections that Levi made from If This is  a Man to The Drowned and the Saved. “Carbon,” the story that sealed the end of The Periodic Table, inspired Yosuke Taki’s evocative panels in his graphic novel that illustrates the cosmic-visionary story of the birth of life and its incessant transformations. Around this center, the Album offers a nuanced representation thick with hitherto unpublished documents, episodes, and writings. The representations describe the four actions that make up the four columns of the works of Levi as man and writer. The action of Cooking Molecules is the essence of his profession as a chemist. The action of Cooking Words was decisive in his everyday work as narrator, creator of different kinds of language and afficionado of linguistic games. The action of Going to the Mountains was courageous to the point of recklessness as a young man who loved to challenge nature and impetuously chose the partisan struggle in Aosta Valley in 1943. Finally, the action of Thinking with Your Hands is very natural for every human being but is generally very much overlooked in literature. This book, too, proposes to highlight the most original aspects of Levi’s writings. Here he is considered as a great writer, by now read worldwide, and also a thinker, one of thinkers who is most sensitive to  concrete life in today’s world.”