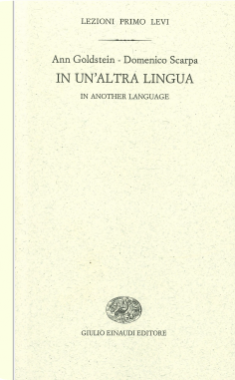 In another language - rather, as if he were translating it from another language - Primo Levi described to us the experience of Auschwitz. From then on, during his entire life as a writer, Levi transplanted into Italian literature new languages, and conquered new expressive territories: the dialect of Piedmontese Jews, the jargon of a technician specializing in complex rigging, the Yiddish of a partisan band in the Russian steppes, the alien codes of threatening futuristic machines. Today, alone among modern Italian writers, Primo Levi is about to be published in his entirety in English, down to the last of the uncollected pages. Ann Goldstein and Domenico Scarpa, a translator and a scholar who contributed to the enterprise, have a dialogue on Levi and translation: in the most concrete meaning of the word and in its broader sense.