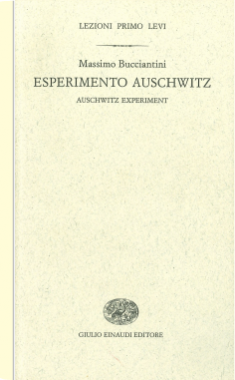 Auschwitz recounted as a thought experiment, like Galileo's and Einstein's: this is the method Primo Levi employs in If This is a Man and, forty years later, in The Drowned and the Saved.

lt is precisely this model of the thought experiment that permits Levi to describe, within Auschwitz and outside it, the "pulviscular" nature of evil, which we are stilI far from fully understanding. Amongst the first to consider If This is a Man as a great scientific and anthropological laboratory, was Franco Basaglia, who chose the book as an ally in his battle against the medicaI and psychiatric establishment. AlI of this is discussed by Massimo Bucciantini, prompting fresh reflections on the relationships between lived experience, the scientific viewpoint and moral action.