Primo Levi and the germans 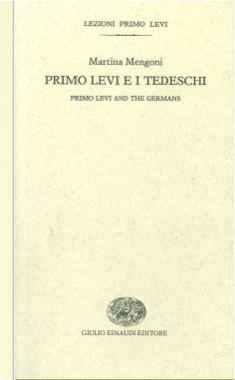 In If This Is a Man, Primo Levi describes himself standing in front of the German par excellence, a compendium of every German: Dr. Pannwitz, who "sits formidably" behind his "elaborate desk."  The chemistry exam on which Levi's survival might depend is about to begin and he expresses his opinion, concise and inevitable, of an entire people: " What we all thought and said of the Germans could be felt at that moment, in an immediate manner. [..] 'Blue eyes and fair hair are essentially wicked. No communication possible.'"

Today we know that, later on and elsewhere, far from Auschwitz, communication resumed and it had some surprises in store. Luckily for Primo Levi - and for his readers - his story with "the Germans" did not end on the two sides of that "elaborate desk."