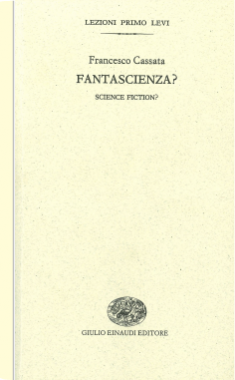 What kind of tales are the fifteen science-fiction stories Primo Levi published in 1966 under the ironical title Natural Histories? And why did he sign them with the pseudonym Damiano Malabaila? What links did they have with his debut books about the destruction of Europe's Jews?

And when, five years later, he published under his own name a new collection of fiction stories entitled Flaw of Form, was it a similar collection of stories or an entirely different narrative construct? A broad and fairly unfrequented -yet  essential - area of Levi's opus appears studded with question marks. A brilliant historian of science transforms them, one after another, into incisive answers, showing us what lies inside, behind, and beyond those stories, so estranging, so unusual in European literature, and so forceful.