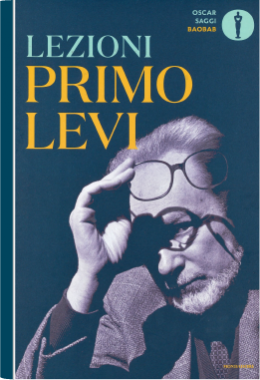 “I am an ordinary man with a good memory who fell into a vortex, who came out of it more by good fortune than by virtue, and who since that time has had a certain curiosity about vortexes large and small, metaphoric and material.”

These words of Primo Levi are a synthesis of his biography and his works. By now, Levi is recognized worldwide not only as one of the greatest witnesses of Auschwitz, but also as a writer with a lively linguistic talent and protean imaginative energy, a person of thought who is able to engage each of his readers in a clear, impassioned and witty dialogue.

This is the reason why the International Center, founded in Turin in his name, has proposed an annual lecture beginning with 2009, a lesson addressed first of all to young people that goes over his works starting out from questions brought up in the critical research and in the issues being raised in the contemporary world.

This book collects the ten lessons held until today. They were assigned as the years passed to scholars of literature and researchers in science, to historians, linguists, professional translators, and experts in the Judaic tradition. All of this was done in order to investigate the ever-evolving thought of a man who was able to translate ideas and things into words and bring out the material and immaterial meanings in the words.